Hi everyone, time to write again (for me) hehe. Today I want to talk about Spinach!! Who like spinach?? I know everybody love it. It's delicious and rich of iron. Iron is good for woman especially in PMS time.

But, for people in east asia and south-east asia like Indonesia, we made mistake to say spinach. Usually, if we say spinach it refers to Amaranthus spp. , but actually, there is another spinach, the real spinach (which is people known as Popeye's supplement), that is Spinachia oleracea.

Let me introduce them. 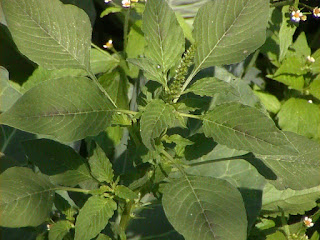 Amaranthus called amaranth in the world. Commonly use as leaf vegetables and ornamental plants. Watery and less woody stems. Leaves stemmed, oval, limp, green, red, or whitish green. Flowers arranged in a tight skein type compound, the lower leaves in the armpits, the top gathering a bouquet of flowers at the end of the stem and axillary branching. The seeds are black, small and hard.

The content of iron in amaranth is relatively higher than other leaf vegetables (iron is a constituent of cytochrome, a protein involved in photosynthesis) that is useful for people with anemia. You can make lalapan (eg pecel, gado-gado), ointment, and fried after being flouring, or you can make a soup-like (bening bayam). 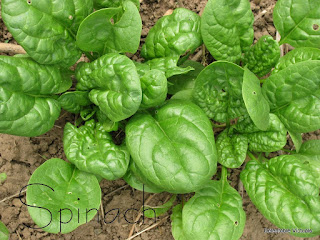 Spinacia oleracea is well-known as spinach in sub-tropical area which is consumed by Popeye. In Japan, it's called Horenso. These usually not suitable for tropical regions like Indonesia because the rapid flowering so it does not grow a lot of leaves. The texture of Spinacia is very soft, and more during cooking process.

Spinach has a high nutritional value and is extremely rich in antioxidants, especially when fresh, steamed, or quickly boiled. It is a rich source of vitamin A (and especially high in lutein), vitamin C, vitamin E, vitamin K, and also Iron. You can boil it or make it as salad.

The one that you have to know about spinach is on the heating process after cooking. Repeated heating in spinach ( both of Amaranth and Spinacia) can oxidize the iron content in the leaves so that its availability decreases and can poison the body.

But both of them is good vegetables to be consume to get iron for human body.